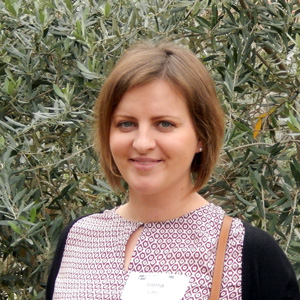 The Conversations That Did Not Happen

The objective of this activity is to practice oral and writing skills. In terms of grammar, this activity primarily focuses on Past Simple and Third Conditional. In addition, it aims to practice specific negotiation elements as well as Higher Order Thinking Skills (HOTS).

Print the ending of the story, a copy for every student.

Read/tell the following story to the class:

There was one young English teacher, named Terry. One day she was told that she would have four face-to-face meetings with a student named Vanessa. Terry received the following information about her new student: Vanessa is a very quiet and polite girl, an 8th grader, needs help in English. Terry was very excited and enthusiastic about these meetings. She also knew that Vanessa really wanted to learn. So, on the first day of their meeting, they found a room where no one could disturb them. Terry sat right next to Vanessa (on her right, Vanessa is right-handed, so it was more comfortable for her if Terry sat there). Terry realized that Vanessa needed a lot of help and encouragement. Terry read a short text, they started practicing new words, the lesson was going perfectly well. Then they came to the point when Vanessa needed to answer the questions based on the text that they've just read. Terry pointed to the first question and read it out loud. Vanessa did not respond. In order to encourage Vanessa and give her some confidence, Terry pointed to the line in the text where the answer was, Vanessa ignored Terry's effort. Then Terry pointed to the specific words that could help Vanessa answer, but she ignored it again. Terry reread the paragraph and finally Vanessa gave the correct answer. The same thing happened over and over again. Terry felt upset, she could not understand why Vanessa ignored her effort to help her finding the right answer. But she decided not to talk about it with Vanessa. The lesson ended, Terry does not feel that her lesson was successful.

Students work in pairs: Why did Vanessa ignore Terry's deliberate attempts to help her with the answers? Try to find as many possible explanations as possible. Share your ideas with the class.

Hand out the ending of the story and ask every student to read it:

At the end of the lesson, Terry decided to talk to Vanessa.

Terry: Vanessa, why did you ignore my attempts to help you, I tried to point to the lines, even to the words, I really wanted to help…

Terry: But WHY did you ignore them?

Vanessa: I did not ignore them, I simply did not see them. My right eye is almost blind, you were sitting on my right, so I physically could not see it. I thought you were just waiting for my answers while I was re-reading the text.

If Terry had talked to Vanessa, how would that have changed Terry's perspective on Vanessa's behavior?

"My Dear Ann: it is impossible to put down the things I feel. But I've got to tell you  something. Yesterday they flew in a load of papers from the States and I read about Dad and your father  being convicted. I can't express myself. I can't tell you how I feel... I can't bear to live any more. Last  night I circled the base for twenty minutes before I could bring myself in. How could he have done that?  Every day three or four men never come back and he sits back there doing 'business'.... I don't know  how to tell you what I feel.... I can't face anybody... I'm going out on a mission in a few minutes. They'll  probably report me as missing.  If they do, I want you to know that you mustn't wait for me. I tell you,  Ann, if I had him there now I could kill him..."

If Larry and Joe Keller had a conversation, would the ending of the play be the same? Why or why not? Write a new ending for the play.