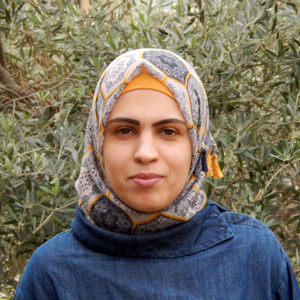 Negotiating in The Country of the Blinds

There will be two activities:

1) The Ferris Wheel: In this activity the students in both groups will be given two sheets which have different kind of Basic Understanding questions. Each student should ask a question to the student who is standing in front of him. This way the students will be able to check their reading of the story.

2) Case Study: In this story there are two parties, and each one needs something from the other. Nunez wants to marry a girl from the Blinds community, and the blinds will not allow this because they think that he is crazy because he has eyes, something they do not have.

The teacher will divide the students into two groups and will give one group a text explaining Nunez's point of view, and what he really needs. The other group will be given a text which presents the point of view of the Blinds, and what they really want.

Every two students should work together to find a solution to this problem. This activity will help them to learn about the thinking skill Problem Solving.

Text for students who represent Nunez:

Nunez is a mountaineer who accidentally fell in the valley of the Blinds. There he found some Blind people who do not know anything about the outside world, since their valley was surrounded by mountains and there was no way out of it. They also do not know about the sense of sight, they use their hearing and finger tips in order to identify a person. Nunez thought it is a chance for him to teach them more about the outside world and about the sense of Sight. However, things did not go as he wished for. They accused him of being crazy and said that the cause of his craziness is his eyes. When Nunez fell in love with a girl from this community and wanted to marry her, the Blinds told him that if he wants to marry this girl, he would need to remove his eyes.

Here Nunez is in a critical situation since he is madly in love with the blind girl, but he does not want to lose his most important sense.

Text for students who will represent the Blinds:

Nunez is a mountaineer who accidentally fell in the valley of the Blinds. He started telling the Blinds about things which are unfamiliar to them such the outside world and the sense of sight. They think that he is a crazy man, so they tried to convince him to abandoned his ideas about sight, but he refused. After a very long struggle, they allowed him to live and work with them. Once, he approached them and asked them to allow him to marry one of their girls.

However, they were afraid that he will harm her, since they think he is a crazy man. The only solution they have is to order him to remove his eyes since they are the cause of his craziness.

Try to identify the problem and find a solution which will be suitable for both parties.

The students will be able to identify the problem in the story and suggest some creative solutions to it that address each party’s interests. This will help them practice the thinking skill of Problem Solving.

The students should submit a composition stating the problem Nunez and the Blinds faced and their proposed solution to it.