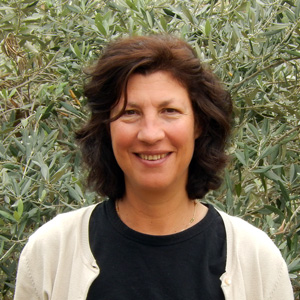 A successful negotiator does not only negotiate with what a person says, rather with what a person actually thinks and feels. This speaking / oral exercise is designed to help students learn how to access this critical information.

Students will learn how to access this information by exploring the gap between a person’s external voice (what he/she says) and the internal voice (what he/she actually thinks or feels). By role-playing the internal and external voices of the characters, the students will gain insight into how the other side thinks and feels, which in turn will help them create a better approach to negotiating a resolution to the conflict.

This lesson integrates negotiation skills and speaking skills with the Israeli Module F Literature program. The teacher may choose any short story that the class has read and draw from it two characters who are in conflict.

The teacher should choose characters and prepare scenarios for the groups.  All groups can be given the same scenario or they can each be different.  The scenario must be one in which two individuals or literary characters are in conflict.  For example, in Amy Tan’s “Rules of the Game”, a good scenario would be the last scene in which Waverly returns home and her mother, Mrs. Jong, won’t talk to her.

Example role play cards for a) Literature Program; and b) a non-literature context:

a) For Literature lesson:

Short Story: “Rules of the Game” by Amy Tan

Conflict: The final scene after Waverly returns home from the market after she was embarrassed her mother and her mother stopped talking to her.

Characters: Father (or mother) / teenager daughter, Karen (or can be a teenage son)

Conflict: It’s Wednesday evening, a school night, and Karen wants to go to a friend’s birthday party.  Her father won’t let her go because she has a math test the next morning and she failed the last math test.  For Karen this is the end of the world because the parents of her friend have prepared a special party; they have arranged for the whole group to go to a popular club, sit in the VIP room (for very exclusive guests), and watch a show that is THE hit of the country.  Even if Karen wanted to go another night, she couldn’t because tickets are sold out for the next year.

The conversation should focus on the conflict.  Each side should express his/her views and what they think of the conflict.

Students create this dialogue as they go. The external voices begin the conversation. As the external voices speak, the internal voices interrupt and say what the character is really thinking/feeling. (See Teacher Reference Sheet for examples of Internal/External dialogues.)

Debrief in groups.  Use the following questions to debrief the learning experience: What insight did you gain from the exercise?

Debrief in full class forum.  Use the following questions to debrief the learning experience:

Give students another role play.  (10 minutes)

This time, without stopping to debrief part 1, they will go straight to the second round – switching places.