Thank you for being a part of the 2018-2019 Negotiation Education Teachers Fellowship. We’re thrilled that you’ve joined us for this journey. We understand that this program is unique in its structure and intensity, and hopefully also atypical in what you’ll learn, gain and contribute. In order to help you navigate the Fellowship, we’ve laid out the process and key documents below. If you have any questions, please don’t hesitate to reach out!

Welcome to the PATHWAYS community!

Please note: these tools are for YOU as teachers, not yet for your students! Please do not prepare your students with this material so they can get a fresh learning experience during the Game Changers Workshops.

In our workshop we compared and contrasted traditional high-low bargaining (aka “haggling”) to principled, problem-solving negotiation. What do you see below? What are the downsides of this approach? Could Andy & Dwight “play the game” of negotiation differently? What would you advise based on our recent experience?

Note that when they refer to “options,” they are referring to what we call walk-away “alternatives.”

Following our spontaneous conversation about haggling in stores and markets, we wanted to share with you the NPR video on the history of price tags:

If you have any questions, please don’t hesitate to reach out.

We will host three Negotiation Education Master Classes (video webinars) with guest experts who will lead 90 minute interactive sessions. Links to register will be sent a few weeks before each session, which you’ll be able to join from the comfort of your home using your computer or phone. Other members of the PATHWAYS community of educators will also be invited, but this year’s NET Fellows will have priority for first questions during Q&A time.

Recordings of all sessions can be found at www.pathwaysnegotiation.org/masterclasses (password: Interests&Options!) 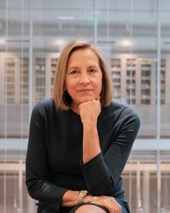 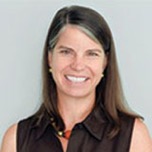 In this workshop, we’ll work together to invent new teaching activities that can bring problem-solving negotiation concepts into the EL classroom.

During
After – by June 3
Resources:

Please join us on June 12, 2019 for a year-end reception, program and celebration in Herzliya. 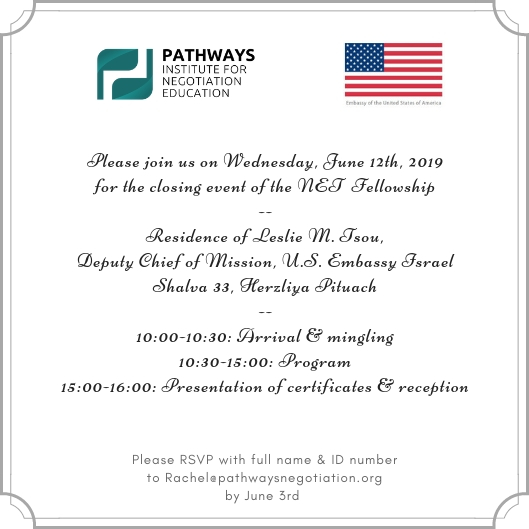 The NET Fellowship is funded by a grant from the U.S. Embassy in Israel.